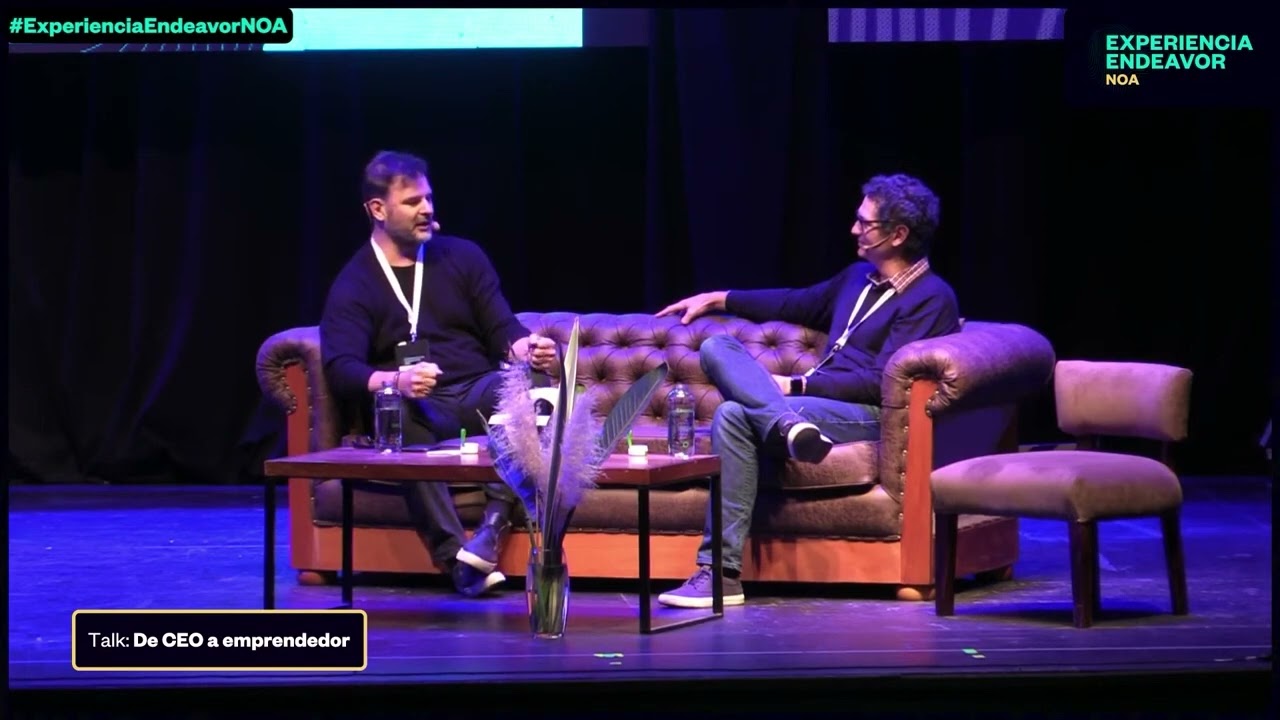 On August 29 the Endeavor Experience 2022 event was held, Mariano Mayer, Newtopia VC General Partner and Co-Founder, interviewed Gastón Remy, NUQLEA Co-Founder and CEO, as part of the “From CEO to Entrepreneur” section.

The event was held in the city of Salta under the theme “Venturing with Values” and the conversation between Gastón and Mariano was the one that got the day rolling.

Mariano inquired about Gastón’s beginnings and his long journey within the corporate world as President of Dow Chemical in Argentina and the South Region of Latam and his role as CEO of Vista Oil & Gas. This meeting was recorded on Endeavor’s official YouTube channel so that anyone interested can replay it.

Also, Gastón spoke about what the project Seamos Uno meant for his professional and personal life, which he headed and developed in the midst of a pandemic, supporting the vulnerable neighborhoods of the Province of Buenos Aires:

“We delivered 60 million meals during the pandemic”.

Finally, he delved into how this project became a great incentive to establish NUQLEA later on.

Mariano – Do you want to tell us how you became CEO?

Gastón: I am from Neuquén, I studied in Buenos Aires, I became a lawyer, I continued studying at Columbia University in New York, and then I started my career at Dow Chemical in Argentina and South Latam.

I went through the typical corporate ladder, where every three years I was in a different position, in different countries, and that kept me very motivated during the growth and development stage to incorporate new tools.

Mariano – At some point clicked, did you start to look around and think what you could do from Dow?

In 2014 I was in Brazil and changing every three years, the opportunity came up to lead the corporation in Argentina again.

When I returned to the country as CEO, something very very strong happened to me for the first time and it was that I began to align my own selfish interest with the organization’s, but also with a collective construct. And I felt that I was in that moment of transcending, of going beyond my own interest and that was wonderful.

Gastón: When I was going to convince investors to invest in “Vaca Muerta” without even knowing very well what it was, in the middle of the exchange rate gap, when dividends could not be obtained and YPF was recently nationalized.

I fought for that investment and I felt that I was fighting for Argentina, for the possibility of transforming the country. That was what made me later decide not to follow the corporate path and stay in this country that I think is wonderful and full of opportunities. 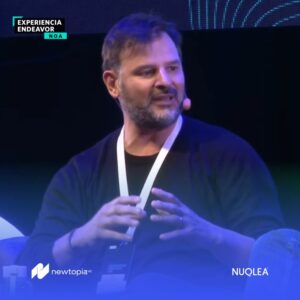 – And what did you do at that time?

At that time, Dow’s offer was to occupy a very high executive position at a global level and I felt that I wanted to be in Argentina on a personal and professional level and to generate an impact, that is why I decided to stay and leave everything.

Then the project of a SPAC (Special Purpose Acquisition Company) arose, we got the investors in Mexico, then we went with the deal, whether they approved it or not, and that was a risk that I decided to take.

Finally, I became the CEO of Vista Oil & Gas, the SPAC, because luckily they approved it and it went well. The subsequent challenge was to turn a startup into a corporation in a matter of weeks, we went public in the United States and we did it.

There was something strange, because I had the feeling of having met a goal, but from then on I began a great process of introspection and reflection that moved me. After a few months in which what I thought, said and felt had been misaligned, I had to make decisions and then I decided to take a sabbatical year, in March 2020.

– I remember that we were starting Newtopia, we spoke and you told me about it, how long was the sabbatical?

My sabbatical lasted 4 days, the pandemic began, that changed our lives and gave meaning to a lot of things. That’s when I also got this idea of ​​not looking from the bench, of becoming the protagonist. And it all started with a chat with a priest friend, he told me “there are lots of people that if they don’t go to work in two weeks, they won’t eat” and that set my path forward. We decided to start a food assistance project called Seamos Uno.

We wanted to do something big, it was crazy. We devised a project to go house by house in the suburbs, where we observed that 50% of Argentine poverty was concentrated. The project had a lot of transparency and territoriality provided by the NGOs and religions that were in the neighborhoods, and aimed at those places that the state was not going to go.

At first it was difficult, but three weeks later we were delivering 850,000 meals per day. Many people and organizations participated in this effort of creating ecosystems, because many saw that it worked, thanks to the transparency, more joined. This is how we came to deliver 60 million meals.

The project, for those of us who participated, changed our lives, transformed us and it is very difficult to return to normal life after having seen that reality. 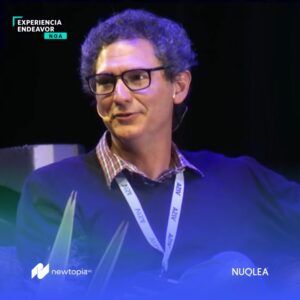 We had thought of “We are One”, but the reality is that we are not and we decided to propose as an aspiration to be. The pandemic has put us all in a place of shared vulnerability.

In “Seamos Uno”, there was a common objective, which was to transform the way in which assistance was carried out in Argentina, a clear objective that was to reach a million meals delivered, a sense of belonging because the project belonged to no one and belonged to everyone, transparency and leverage in third-party assets, which is key to an exponential project, and data, to finish bridging the project and uniting worlds.

– When that came to an end, what happened next?

When going around the neighborhoods of the suburbs, and beginning to see the conditions in which people live and the amount of solidarity that is seen there, we wanted to help some girls who were setting up a dining room and in an invoice that they sent us to see that the price of a bag of cement was three times more expensive than it was, I began to see that the value chain was not right, and those who have less pay a higher cost.

That’s when the idea of ​​putting together an ecosystem, going back to the manufacturing brands that had supported us in this project and proposing to them to undertake a triple impact project that has a clear goal of economic viability, but that in its core is devised with a comprehensive  and inclusive outview, and a new way of doing business. That’s when NUQLEA starts.

A few years ago an intern from Dow texted me to get together and told me three very clear things: that many of the things I talked about, he saw that in practice did not happen, that a corporation like that could not retain a talent like him and finally, he told me that he had a project that was an algorithm for computations and calculations for construction materials, that he was leaving the company and that he would like Dow to support him.

At that time I thought it was cheeky but 5 years later, we are partners in this project, it is Francisco Brañas. And this is a wonderful story.

– Tell me a little about Nuqlea and your entrepreneurial experience.

For me it was quite an evolution, social entrepreneurship started taking-off and Nuqlea was much like this idea of ​​going from euphoria to sadness in seconds.

A bit of the same logic as Seamos Uno, but led to a transformation model of a hyper-fragmented industry that was not affected by the disruption and transformation of the digital world. We want to be liasons of that transformation. 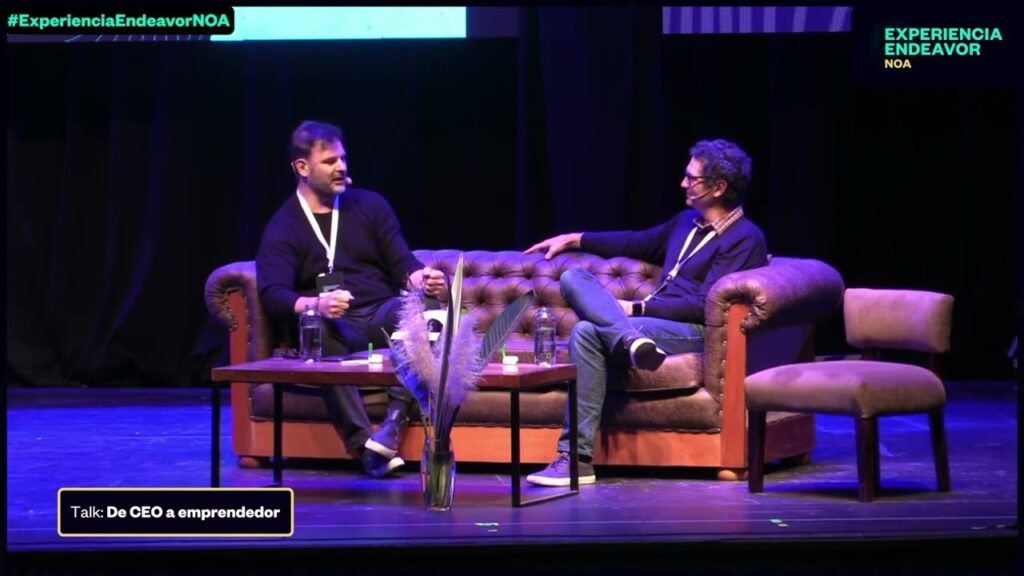 – What differences did you find between the corporate world and the entrepreneurial world?

The first big difference is in this idea that in the corporate world you know that below there is a network that supports you, and here there is not.

Something about the entrepreneurial ecosystem that struck me a lot was an event organized by Newtopia in Miami. It was the first time that I felt that I put myself in a role of active listening and participating observer, and I could see this idea that the ecosystem is genuinely collaborative. In the corporate world that happens, but in a more forced way, here it is more natural.

Lastly, Gastón highlighted the importance of projects that are capable of uniting worlds in the current reality in which we all “live with ambivalence, contradictions, fears and we need leadership to help us navigate them and support us.”

Regarding the situation in Argentina, he reflected: “We must agree on “what we are doing this for”, find bridges, assume responsibilities and build with values. Argentina cries out for less ideology and more values“.

To conclude, Mariano highlighted three fundamental aspects that an entrepreneur should have: “The collaborative spirit: share, challenge, learn. The purpose: a day as an entrepreneur is full of ups and downs of emotions and without a clear “what for”, it is very difficult to handle that. And the responsibility:

LATAM has many challenges, starting with poverty. There are millions of people who need entrepreneurs to do it well.

At Newtopia we always highlight the value of our community and this conversation once again reflected its importance. We are excited to continue spreading entrepreneurial energy, the values ​​and goals that drive us to transform Latin America.

Remember that to contact us, you just have to send your request at https://newtopia.VC. 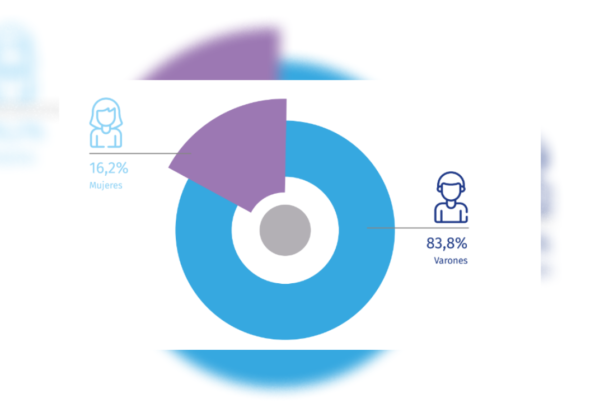 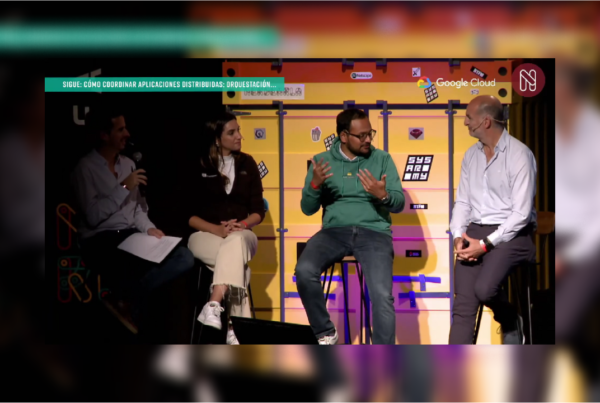 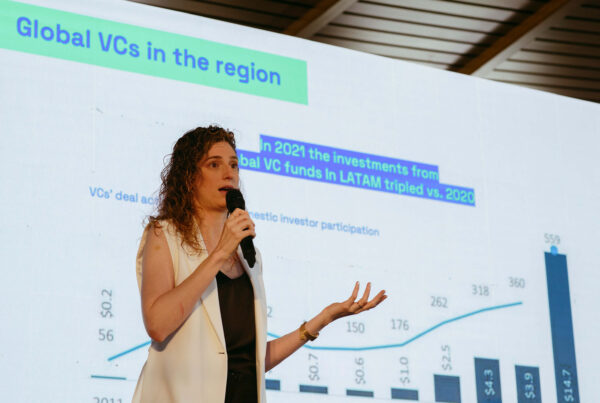